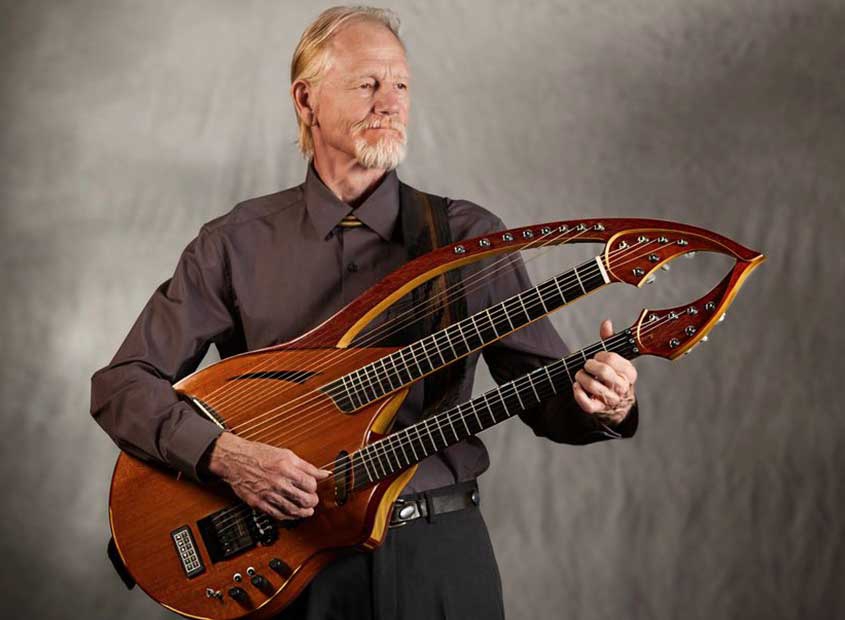 A four-time Grammy Nominee, Eaton has composed for and performed with the Amadeaus Trio, Nouveau West Chamber Orchestra and the Nebraska Chamber Orchestra, and has performed as a soloist, with the Electric Harp Guitar Group, Ananeah, and the Nakai, Eaton, Clipman Trio. Eaton’s unique and original sound has been captured on 16 recordings for the Canyon Records label including his long time collaborations with R. Carlos Nakai and four recordings as the leader of the William Eaton Ensemble: an eclectic “world chamber fusion” group whose releases, have earned Billboard Critic’s Choice awards as well as charting in the top ten World album category.

In a music related venture William and his wife Christine are founders and co-directors of Old Town Center for the Arts, a renovated historic building complex in Cottonwood, Arizona, dedicated to bringing national, international and regional performing artists to the Verde Valley since 2008.