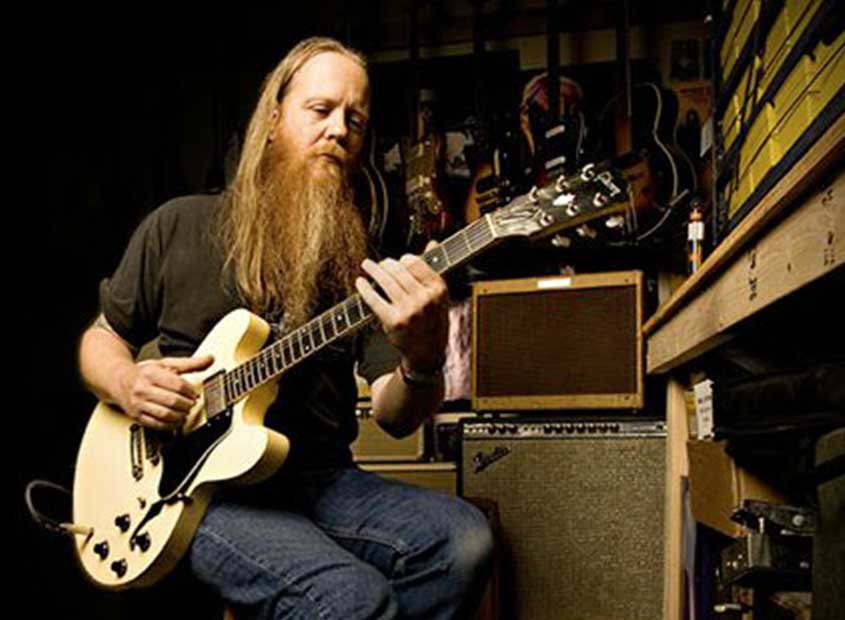 When it comes to pickups, Jason Lollar quite literally wrote the book on it.

Jason Lollar has been a professional luthier since graduating from Roberto-Venn School of Luthiery in Phoenix, Arizona in 1979. However, his interests and expertise go well beyond building guitars. In addition to designing and producing extraordinary archtop, solid-body electric and lap steel guitars, Jason is a noted authority on nearly everything related to electric pickups.

He is the sole author of Basic Pickup Winding and Complete Guide to Making Your Own Pickup Winder and contributed to Bart Hopkin’s Getting A Bigger Sound: Pickups and Microphones for Your Musical Instrument.

Jason’s book has been credited as the spark that created a new movement in aftermarket and boutique pickup manufacturers. Additionally, many amateur and professional luthiers and guitar electronics tinkerers have learned a great deal about pickups using Jason’s book. Even if you never plan to wind your own pickups, his book is a valuable reference for any musician intersted in gaining a better understanding of tone and sound in electric instruments.

Professional musicians and instrument manufacturers have increasingly turned to Jason’s products to get superior sound. His client list — which includes many internationally-known artists — continues to grow rapidly.

When he’s not winding pickups, building guitars or writing books, Jason can be seen playing guitar and Hammond B3 with a variety of local musicians on his island home outside of Seattle, Washington.