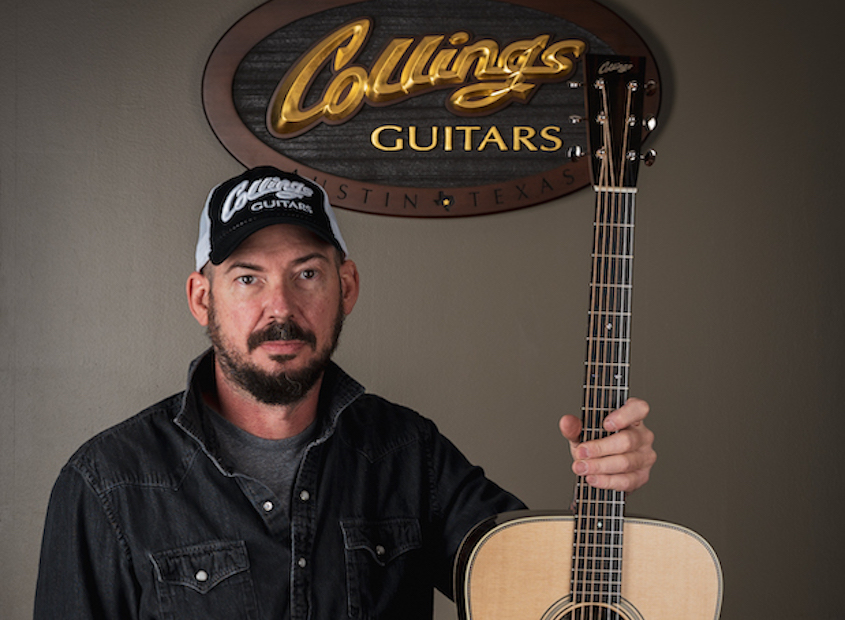 After spending four years in the 82nd Airborne, Steve Nall (Nully) was determined to spend the rest of his life doing something he loved. A lifelong guitar player, he became fascinated by the sound of a particular acoustic guitar he owned and read all of the available luthiery books he could find to help him understand what made it different. This study turned to obsession, leading him to enroll in the Roberto-Venn Fall class of 1999.

After graduation he took a job in repair and restoration at Woodsong’s Lutherie in Boulder, Colorado. While there he learned an immense amount of knowledge from Jon Eaton and staff with a focus on respect for the business, for the instrument, and for the customer. But he also discovered his passion wasn’t in repairing guitars; he wanted to be a builder.

Collings Guitars reached out to him in early 2001 and he eagerly joined the team. Working his way around the shop, he eventually found a home in the neck department and ended up managing it for a decade. Fast forward to 2016 and Bill Collings tasked him with running Collings’ production as Director of Manufacturing, the position he currently holds.

Throughout this time, Nully’s obsession for and love of guitars hasn’t diminished. On the contrary, he continues to be inspired by the instruments, the builders, and the guitar community as a whole.