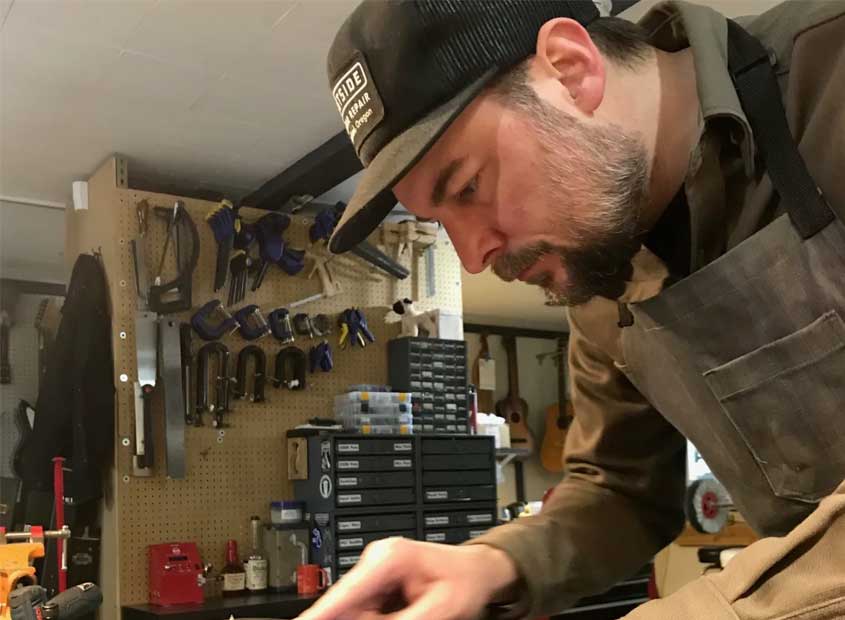 After graduating Roberto-Venn in 1999, Ryan went to work for Breedlove Guitars in Bend, Oregon. A few years later, he moved to Portland, where he managed the instrument repair department for an established music store. After several years at that shop, Ryan opened Eastside Guitar Repair in October 2008.

After repairing thousands of stringed instruments over the years, Ryan has built an encyclopedic knowledge of acoustic and electric fretted instruments. So whether you bring your “campfire beater” guitar in for a restring or your “Holy Grail” vintage Les Paul in for a complete overhaul, you know your guitar is in good hands at Eastside Guitar Repair.

In addition to being an experienced repair tech and luthier, Ryan has worked as a guitar tech all over the world for – The Decemberists, M Ward, Metric, and The Lumineers just to name a few. Ryan also plays pedal steel, lap steel and guitar with two Portland bands – Mission Spotlight and The Needs.