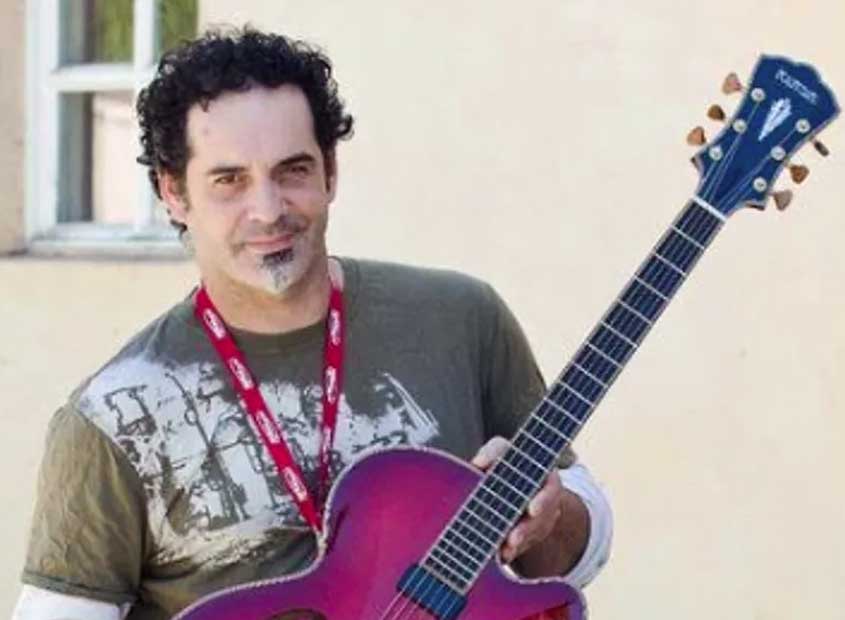 In the beginning of the ‘90s, while he was in sales and repairs at Tom Lee music in Vancouver B.C., Mario started guitar building with luthier Robert D’Crivouir. A few years later he moved back to Quebec where he received one of his first grants from “Le Conseil des Arts et des Lettres du Quebec”.

The Art council enabled him to attend Roberto-Venn school of Luthiery where he met Ervin Somogyi in one of his master classes. He was invited to study with him, which represented a turning point in his career.

During weekdays he would work and study with Ervin Somogyi and during the weekends he would drive up to Taku Sakashta’s shop to learn about archtops. He also went on to work as the designer in the R&D department of Lasido for a period of 4 years.

Mario is presently a one-man operation in the small town of St-Denis-sur-Richelieu near Montreal, Quebec and continues to act as a consultant in the industry.